Land for Warrnambool Cemetery was gazetted in June 1854, at which time trustees were appointed for the cemetery’s management.

Each of the original trustees represented one of the major Christian denominations. They were charged with the responsibility of laying out the cemetery, enclosing the land with a fence, erecting a suitable gate and setting out the rules and regulations for burials, the scale of fees, and maintaining a burial register.

The first burials recorded were as early as the 1850’s.

The Minister of Health and the Department of Public Health became responsible in 1889 for the management of the cemetery and responsibility has remained within the Health portfolio since. In the 1880’s the north-east corner of the west parcel was purchased for the Warrnambool to Terang railway line, reducing the land from the original 20 acres to approximately 17 acres.

The Warrnambool Cemetery continues to be of historical, aesthetic and social significance to Warrnambool district. It contains a number of important grave sites, markers, headstones and memorials. 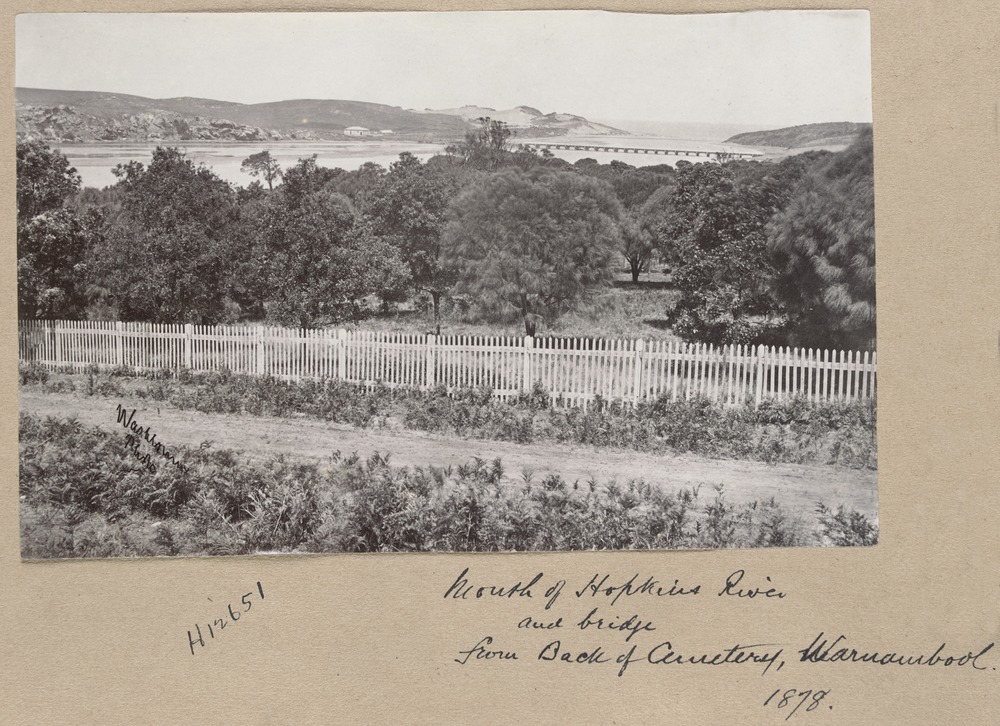 Mouth of Hopkins River and bridge, from back of cemetery, Warrnambool.
In collection: Sketches in Victoria 1878
State Library of Victoria